Now on this first morning where the city is dusted with snow, I opened my newsletter file and found something I wrote in the heat of the summer and for some reason never sent out. So in view of the cold months to come, and happy to remember the romantic scene at the end, I’m sending it now: 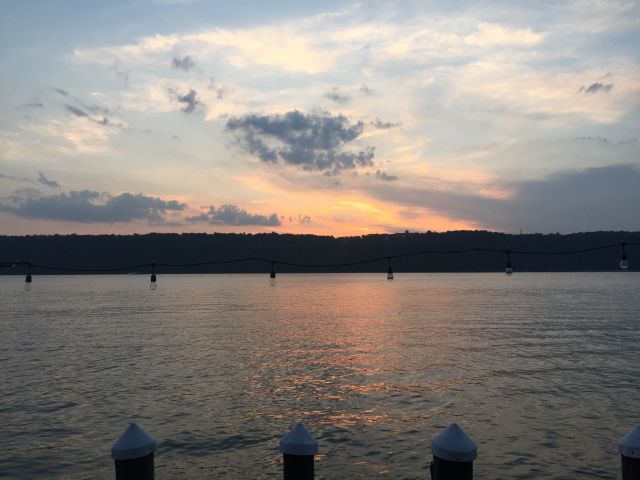 It’s like I’ve completely forgotten how to write. I spent all last winter reading a hundred books for my oral exams. I read Plato and Pessoa and Natalie Legere and Ismail Hakki Bursevi and eventually I sat in a little room with my three professors and tried to make sense of it all. And then I edited a book for months on end. A seemingly endless process. All the minute decisions one can make about an article or a comma or the transliteration of an Arabic word or maybe just change everything.

Then I sat in the basement of the Bronx Zoo going through heaps of documents and photos and illustrations related to the bathysphere dives. And then the heatwave came. It was so hot we could hardly move. The air was still. The silver waterproofing on the roof of the building next door wavered in the heat. The tar on the road was soft and sticky and even the river was hot.

A week ago I worked as a kayaker on a long distance swim around Manhattan. I accompanied Alessandra Cima, a Brazilian woman living in Singapore, who had already crossed the English Channel and the Bosphorus. I biked through Harlem at 5am to arrive at Ward’s Island, jumped in a kayak and paddled over to a place called Mill Rock, near where the East River and the Harlem connect. Hell’s Gate, near where a bunch of researchers looked for sunken treasure in the 1920s. Finding nothing.

the whole letter is here: