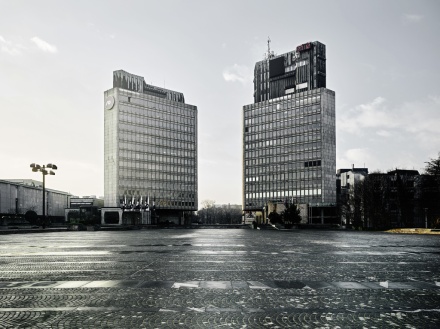 There’s a big show of Yugoslav modernist architecture up in MOMA through January. It moves me to see those drawings of Skopje and the old city of Sarajevo, the big photos of Kongresni Trg in Ljubljana, all the places I used to live being celebrated in the middle of Manhattan.

When I first got to the Balkans in the mid-1990s Yugoslavia was already burned and buried and Slovenes were accused of being Yugonostalgic, as if mourning a lost identity, without being bombed and besieged along the way, was a gross failure of intelligence.

To me, a foreigner who had never been anywhere but suffered some inarticulate homelessness, that lost homeland was medicine for my imaginary illness.